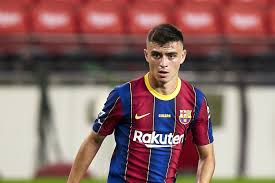 But it was 19-year-old midfield maestro Pedri that stole the show according to Mundo Deportivo. The teenager was absolutely superb, running the game and proving defensively responsible at the same time. Xavi Hernandez compared him to Andres Iniesta; high praise given the years he spent by his side in Barcelona’s midfield.

The quality of his performance is backed up by the numbers. Pedri completed more passes than anyone else with 86. Of those 86, eight were long passes. The boy from the Canary Islands misplaced just six passes and equaled Gavi and Adama Traore as the player to have completed the most dribbles with three. In defence, only Gerard Pique exceeded his nine ball recoveries.