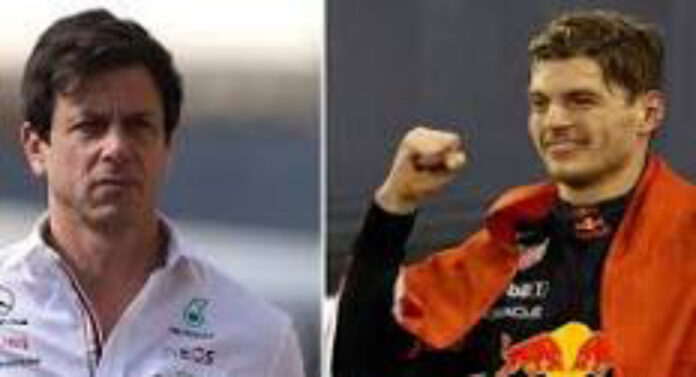 Max Verstappen has been told he’ll be the Formula 1 world champion again – by the boss of his biggest rival. The Red Bull ace has been given a huge boost after Mercedes’ team principal Toto Wolff made the bold prediction. Verstappen beat off a determined challenge from Lewis Hamilton to land his first crown in the final showdown of last season following an unforgettable finale in Abu Dhabi.

And, according to the Austrian, there’s more to come. Wollf said: “This was not Max’s last title. He is a brilliant driver. It’s completely normal that the battle was so intense last year. It’s part of racing. “If the situation had been reversed, we would have claimed the trophy and been happy about it. Max performed strongly all last year and he missed out on a lot of points. He deserved to be world champion.” There were rumours that the relationship between Wolff – who tried to sign a young Verstappen back in 2014 – and the Dutch ace had been strained. Wolff failed to show much sympathy when the 24-year-old was taken to hospital after a shunt with Hamilton at Silverstone last year.

But he denies there is any rift, and said: “It’s true that there were some controversial moments last year. Everyone has their own view on the matter, their own perception of it. Often, the truth lies in the middle. But if you ask me personally, I think Max is very mature and intelligent, quite apart from his qualities as a driver at his age. I have a lot of respect for him and for his father, Jos. That will never change, regardless of the discussions that have been going on.”

Wolff finds himself in the unusual position of playing catch-up – with no real sign as yet that Mercedes can bridge the gap in the regulation changes that have seen Ferrari and Red Bull steal a march on them. But he has not yet written off the campaign. He said: “My first thought was that this is a repeat of my first year in 2013 – but that was easier than it is now. We had a fast car then, but especially problems with managing the tires during the race. Now we have two teams and four drivers who are more competitive than us.

READ ALSO:   Mercedes: “We Knew His Interest When He Wore That Ferrari Suit"...Lewis Hamilton Future On Doubt...Toto Wolff Focus On Goerge Russell

“We still believe this concept can work. The situation won’t be there in a few days. It’s a fantastic challenge for us, as a team. We have good people and two great drivers in Lewis and George Russell. We want to prove we can recover and fight back. But Red Bull and Ferrari have it better at the moment – and we have to be humble about that.”