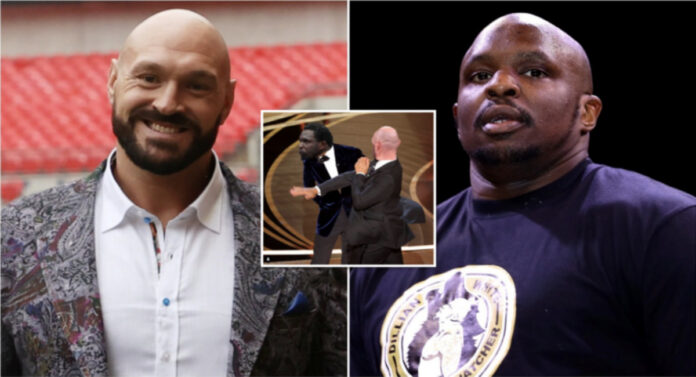 As you may have heard, comedian Chris Rock made a questionable joke about actor Will Smith’s wife’s alopecia condition. He likened it to that of G.I. Jane, which initially brought a laugh from the American actor, perhaps out of awkwardness more than anything. He may have laughed to try and move past the joke as soon as possible, but as soon as he saw his wife’s reaction, Smith decided to take matters into his own hands.

Leaping from his seat, Smith quickly made his way onto the stage to strike Rock and return in one fluid motion. He sat back down and was clearly still enraged, unleashing more hostility by swearing repeatedly at the comedian who was there to present the best feature documentary award. This caused alarm online, people were confused with many in such disbelief that they began to wonder whether the whole thing was staged.

Will later stepped up to win the best actor award and broke down in tears during his acceptance speech. This was on reflection of the Chris Rock incident as he apologised to the academy and his fellow nominees. This has prompted an overwhelming reaction in many communities. This involves memes from across the internet and different opinions emerging from anyone taking an interest. There is support for both sides in a relatively serious debate, but that doesn’t stop people seeing the funny side.

A slap with as much force as what we saw at the Oscars is likely to attract the people from all kinds of combat sports. We’ve already seen Anthony Joshua take to his Instagram story to comment on the issue, and now Gypsy King Tyson Fury has shared a meme modelled on the event, based on him and his upcoming fight. On Saturday, April 23, Tyson Fury will take on Dillian Whyte. It’s a fight that needs no extra hype and takes place at Wembley Stadium.
Fury has even hinted that there is a fair chance this fight is his last. Using the meme format of the infamous punch, an edit was shared with Tyson’s face edited over Will and Dillian, taking the blow, edited over Chris. This is sure to make many Fury fans laugh as he makes a joke in the build up to his epic clash.