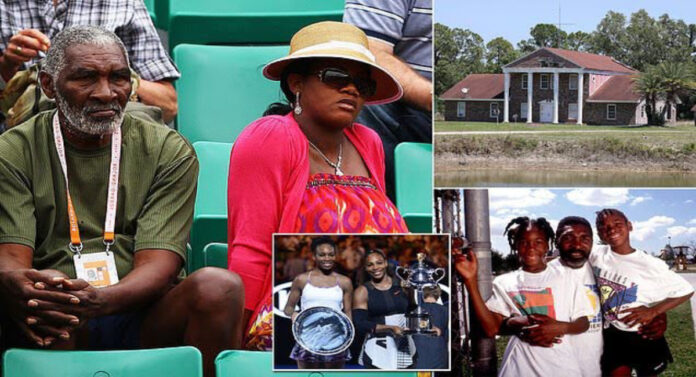 Lakeisha Williams, the stepmother of tennis legends Venus and Serena Williams, has allegedly filed for bankruptcy. The 43-year-old is reportedly fighting to recover the crumbling Palm Beach Gardens, Florida home she and her ex-husband shared following his divorce from the Wimbledon champs’ biological mother, Oracene Price, in 2002. According to the Daily Mail, Richard purchased the four-bedroom property for $355,000 back in 1995, the same 10-acre home that he would use to cultivate and prime both Venus and Serena to stardom. Williams had two tennis courts built on the property where he would practice consistently with his daughters.

Following his split from Price, Lakeisha moved into the home after she and the famous coach jumped the broom in 2009, but their happy union turned rocky. Williams suffered from several strokes and began developing early signs of dementia. The former couple later split in 2017 and Williams filed for divorce soon after, citing that his wife allegedly forged her signature “to have his name removed from the property records, leaving just her name on the paperwork,” the Daily Mail noted.

Lakeisha continued to stay in the home amid their divorce, but the lavish property went into foreclosure in 2021, after Miami Mortgage lender David Simon initiated court action against Lakeisha, who shares a 9-year-old son named Dylan with Williams. The house was due to be auctioned off in February of last year, however, Lakeisha filed court documents under Chapter 13 to save the home from foreclosure, temporarily halting the sell-off.

Now, Lakeisha is reportedly pleading with the divorce judge to temporarily halt the proceedings, arguing that her marriage with Williams, 80, is “not irretrievably broken.” She even alleged that their sex life is still “going strong” despite their marital split, Radar Online reported. According to court documents, Lakeisha is begging for the judge to allow her to pay up the home’s whopping debt of $491,562, which she is requesting to pay back over the course of five years, but Simon and his legal team have already fired back against the motion.

“This is a hotly contested case. Secured creditor has a judgment in foreclosure exceeding half a million dollars on a residential home that the debtor owns,” court filings state. “This is the debtor’s second bankruptcy case… if at first you don’t succeed try again. But do it fast, and don’t provide notice to your adversary!”

Serena Williams I Am Interested In More Films About My Life…There Is Alot To Reveal, This Time Solely About Myself…