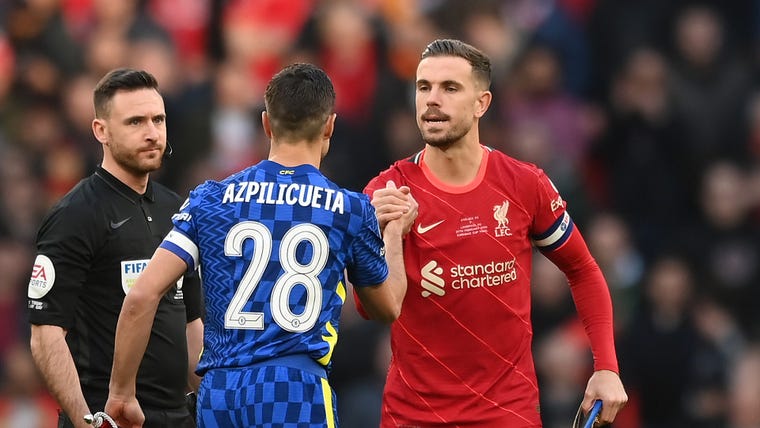 Liverpool veterans Jordan Henderson and James Milner made sure to console each of Chelsea’s players after the Reds’ incredible Carabao Cup triumph on Sunday.

Henderson, Milner and Liverpool took down Chelsea in Sunday’s finale, winning 11-10 in an epic penalty kick shootout after a scoreless stalemate through 120 minutes.

While Chelsea players were obviously hurt after the defeat, Henderson and Milner left their own celebrations to console the opposition after a match that will go down as a classic.