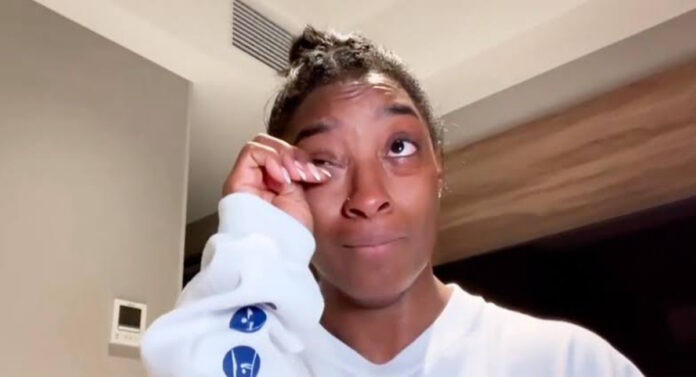 Whenever we get some free time, the first thing to do is check out some new shows on Netflix. Simone Biles too likes to do the same. The champion gymnast has revealed that she is addicted to watching a popular new show on Netflix. She even shared her opinion regarding the participants on this show.

This show is none other than The Ultimatum. The show has taken Netflix by storm. From the producers of Love Is Blind, this show features 6 couples who are at odd ends on whether to get married or not. In a dramatic move, the show makes these couples choose another partner and try a trial marriage with them. Simone Biles watches this show with Jonathan. However, Biles has now revealed that she and her fiance Owens often have disagreements regarding the show.

The show features 6 real-life couples from Austin. One member has issued the other one an “Ultimatum” to either Marry or to Move On. However, the ones who have been issued the Ultimatum are not sure about marriage yet. In the show, the couples choose another partner and undergo a 3-week trial marriage with them. After that, they go back to their original partners and have a trial marriage with them as well. At the end of the day, they have 3 options, to Marry, Move On, or walk away.

Simone, who actually loves the super dramatic show reveals that she and Jonathan often have arguments about it. “It’s the kind of show that I can sit down and watch with my fiance but then we get in little fights about what would you do or what do you think should happen,” revealed Biles. Biles previously also took to her Instagram to share her opinion on Madelyn and Colby, one of the couples on the show.

The newly engaged athlete has revealed that even though she trusts Jonathan, she will never let him be on this show. “Um it’s crazy, I trust my fiance, would I let him do it absolutely not, I’ve thought of but and like yeah i mean it’s a good show but i would never go on it.,” Moreover, she also made it clear that her fans will never get to see her on something like this. Notably, the show is meant to be dramatic and therefore, also garners millions of watchers worldwide.

READ ALSO:   Lewis Hamilton, “I Finally Understand Mercedes Strategy"... Replacing Me Shouldn't Be In This Manner, Laments After Losing To George Russell in Australia