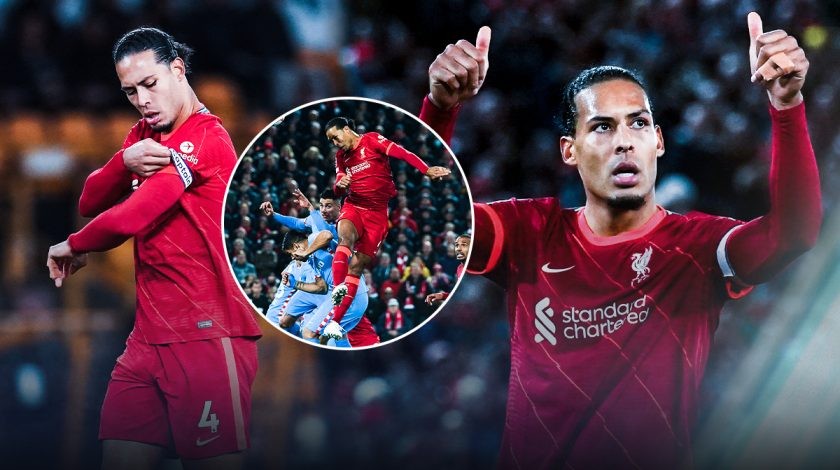 After a season blighted by injury and a few months of sketchy physical form, it’s safe to say that Virgil van Dijk is back.

That may seem like a strange thing to say as Liverpool suffered their first loss at Anfield for a year against Inter Milan in the Champions League, but every aspect of that match was conditioned by one thing: the Inter forwards being terrified by Van Dijk.

And that’s how you know he’s back, of course, how he’s regained his aura. There were times over the two legs against Inter Milan where Lautaro Martinez, ball at his feet and running at the Liverpool defence, literally saw Van Dijk in his path and rather than attempt to take him on, turned back and gave the ball to a teammate.

Even the goal Liverpool conceded, a stunning strike from Martinez, came because he would have rather taken a pop from range rather than try to step in close and take Van Dijk on. The Dutchman was criticised for standing off the Argentine but even Rio Ferdinand admitted this is a case of “splitting hairs” during BT Sport coverage while on CBS Jamie Carragher had to caveat his own analysis with: “I must say, the rest of Van Dijk’s game was unbelievable.”