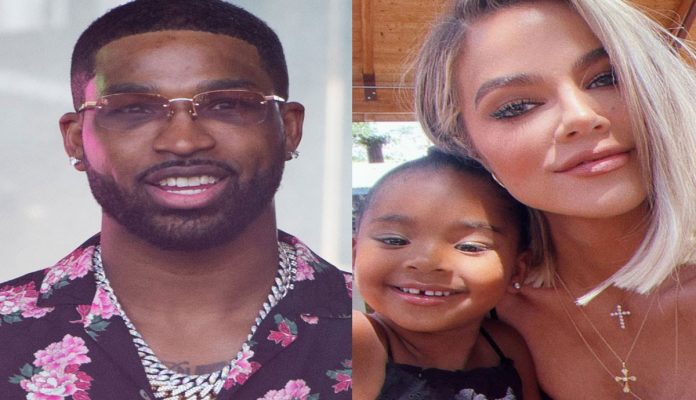 Khloe Kardashian gave her opinion after Tristan Thompson offered to pay for True Thompson’s birthday party in the Nov. 3 episode of The Kardashians. Learn why Khloe wouldn’t “let that happen.” Tristan Thompson wasn’t at daughter True’s 4th birthday party due to a scheduled basketball game, but he wanted to cover the entire bill for the cat-themed celebration, as seen in the Nov. 3 episode of The Kardashians. However, Khloe made it clear she wasn’t in love with the gesture.

Khloe learned of Tristan’s plans at True’s birthday when Kris Jenner called Khloe over to fill her in. As Kris told her at the time, “Tristan called me and he said that he privately went ahead and took care of the whole party.” Khloe replied, “That’s nice but I won’t let that happen.”

While the Good American co-founder was firm on stopping Tristan, Kris was on board with the NBA player. She told Khloe, “He was so excited to do it. You should let him do that. He wanted to do that for her for her birthday.” But the 38-year-old noted, “And I’m so excited that I could do it all by myself.” Khloe went deeper into her opinion on Tristan’s move during a confessional in the episode, noting, “I work really hard to do elaborate things for True and I don’t need anyone’s help.” Whether or not Tristan paid for the party is unconfirmed.

While Khloe had a strong stance on covering the expenses, she had mixed feelings about how she would react had Tristan been able to make it. In the episode, Khloe explained that she hadn’t seen Tristan since around December, which is the month that he welcomed a baby boy named Theo with Maralee Nichols after Maralee filed a paternity lawsuit against him. “I don’t know if Tristan was here today, if that would add more stress to me,” Khloe said. “We do co-parent really well but I haven’t seen Tristan in person since before Christmas time.”

Since this scene was filmed, the pair have welcomed their second child together, a baby boy via surrogate, but as a source close to Khloe told E! News in July, they remain exes.