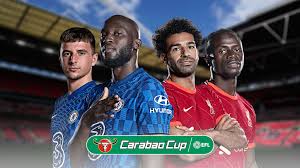 Chelsea and Liverpool will face off in the Carabao Cup final in just a matter of hours as the first major trophy of the season is decided.

The Blues cruised past Tottenham in the semi-finals while Liverpool required some second-leg magic from Diogo Jota against Arsenal to book their place at Wembley.

If Thomas Tuchel were to secure the cup, it would be his fourth piece of silverware won in just over a year as Chelsea manager.

Within months of arriving he had led the Blues to their second Champions League title, before subsequently securing the UEFA Super Cup and Club World Cup.

Manchester City have dominated the tournament in past seasons so it will be interesting to see how a final without Pep Guardiola’s men plays out.

But Jurgen Klopp’s men certainly won’t make it easy for them.

One question that many fans will be wondering is whether or not VAR will be in operation at Wembley.

Confusion has mounted over the use of the technology in the competition this season after it was announced that it would not be used until the semi-finals.

This was because only Premier League grounds would have the technology available, so it was scrapped from the rounds where teams from the EFL were likely to still be participating.

It was in place in the semi-finals as Harry Kane found out all too well, seeing two goals ruled out and having a penalty decision overturned thanks to VAR.